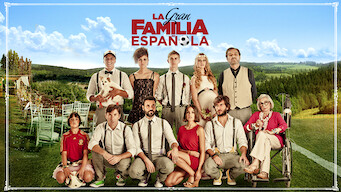 How to watch La gran familia española on Netflix Spain!

We'll keep checking Netflix Spain for La gran familia española, and this page will be updated with any changes.

On the day that Spain plays in the 2010 World Cup final, five brothers reunite at their family's estate for a wedding. The Angry Birds Movie
May God Forgive Us
100

Million Dollar Baby
Identity
Vanilla Sky
Stand by Me
The Brothers Grimm
The Next Three Days
9
3:10 to Yuma