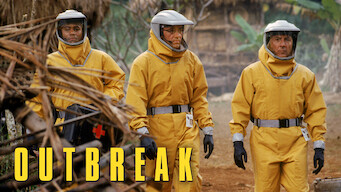 How to watch Outbreak on Netflix Spain!

We'll keep checking Netflix Spain for Outbreak, and this page will be updated with any changes.

When an infectious disease enters a small town via a monkey, a team of doctors races against the clock to stop the spread and find an antidote.