How to watch Ip Man 2 on Netflix Switzerland!

"Ip Man 2" arrived on Netflix Switzerland on October 4 2017, and is still available for streaming for Swiss Netflix users.

We'll keep checking Netflix Switzerland for Ip Man 2, and this page will be updated with any changes.

New in Hong Kong, martial arts instructor Ip Man perseveres and retaliates against his rivals' opposition to the Wing Chun fighting style he teaches. Kung fu masters aren't in the habit of backing down from fights. A Brit boxer is about to receive a painful lesson. 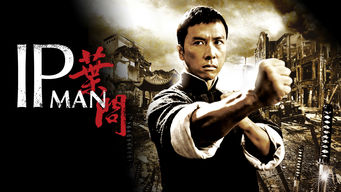