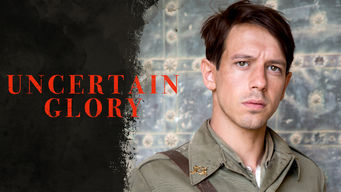 How to watch Uncertain Glory on Netflix United Kingdom!

"Uncertain Glory" arrived on Netflix United Kingdom on October 3 2017, and is still available for streaming for British Netflix users.

We'll keep checking Netflix United Kingdom for Uncertain Glory, and this page will be updated with any changes.

When Lluís, a disinterested Spanish soldier, meets Carlana, he falls quickly in love, but soon discovers that Carlana's true passion is power. The Post
The Patriot
The Godfather
The Godfather: Part II
Sucker Punch
Dances with Wolves
A Clockwork Orange
Captain Phillips