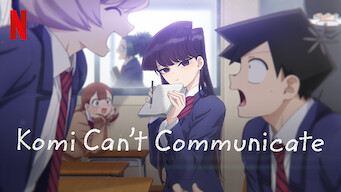 During the school health checkup, competitive classmate Yadano is determined to clock better results than Komi, whom she sees as her ultimate rival.

"Komi Can't Communicate" arrived on Netflix United Kingdom on November 11 2021, and is still available for streaming for British Netflix users.

We'll keep checking Netflix United Kingdom for Komi Can't Communicate: Season 1: Episode 4, and this page will be updated with any changes.