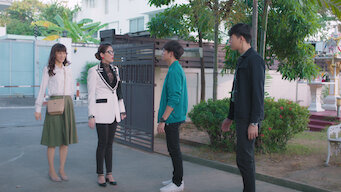 In this remake of the Korean series, a man becomes mired in the lives of two women who happen to share the same name.

Watch on Netflix View all seasons and episodes of Unlucky Ploy: Season 1: Episode 16

We'll keep checking Netflix United Kingdom for Unlucky Ploy: Season 1: Episode 16, and this page will be updated with any changes.