Watch "The Siege" on Netflix USA 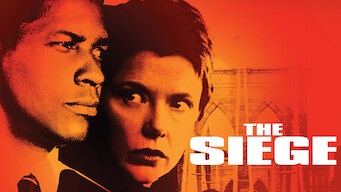 How to watch The Siege on Netflix USA!

Unfortunately you can't watch "The Siege" in the USA right now without changing your Netflix country.

We'll keep checking Netflix USA for The Siege, and this page will be updated with any changes.

When military zealots abduct a Muslim leader, martial law is imposed in New York as an Army general cordons off Queens to form a detention camp.