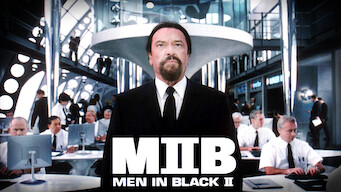 How to watch Men in Black II on Netflix USA!

Unfortunately you can't watch "Men in Black II" in the USA right now without changing your Netflix country.

We'll keep checking Netflix USA for Men in Black II, and this page will be updated with any changes.

When Agent J uncovers a mastermind's sinister plot, he taps his former MIB partner for another high-octane mission to thwart alien scum and save Earth. The aliens are still among us. But until these two top secret agents are back together, no one is safe.