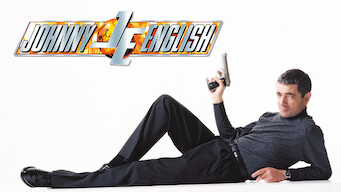 How to watch Johnny English on Netflix USA!

"Johnny English" arrived on Netflix USA on September 4 2020, and is still available for streaming for American Netflix users.

We'll keep checking Netflix USA for Johnny English, and this page will be updated with any changes.

There's a Frenchman after the crown jewels and the throne itself -- but not to worry, secret agent extraordinaire Johnny English is on the case. He's the last spy standing and the world's best hope. Gulp. Brace yourselves, this will get messy. Hilariously messy.