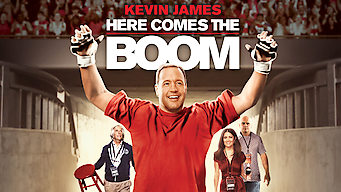 We'll keep checking Netflix USA for Here Comes The Boom: Ça Va Faire Boom, and this page will be updated with any changes.

When budget cutbacks threaten his high school's music program, a biology teacher decides to moonlight as a mixed martial arts fighter to raise money. Funding cutbacks gut the school music program. For this teacher to raise the cash, he'll have to bring the hurt.