Watch "The Rover" on Netflix USA 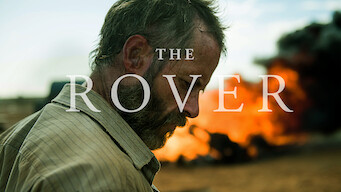 How to watch The Rover on Netflix USA!

Unfortunately you can't watch "The Rover" in the USA right now without changing your Netflix country.

We'll keep checking Netflix USA for The Rover, and this page will be updated with any changes.

Set in a chaotic future, this Outback saga follows loner Eric's brutal ordeal when a criminal gang takes his car and leaves him nowhere with nothing.