How to watch Trailer Park Boys Live at the North Pole on Netflix USA!

"Trailer Park Boys Live at the North Pole" arrived on Netflix USA on October 3 2017, and is still available for streaming for American Netflix users.

We'll keep checking Netflix USA for Trailer Park Boys Live at the North Pole, and this page will be updated with any changes.

Bubbles's plan to spread the true meaning of Christmas is dashed by Julian's wish to cash in on the holiday and Ricky's quest to meet the real Santa. Silver Balls. A pee-stained Ghost of Christmas Past. Santa Jesus God. Yeah, it's another Trailer Park Boys Christmas. 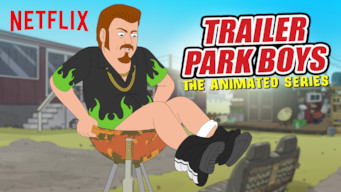