Watch "A Walk Among the Tombstones" on Netflix USA 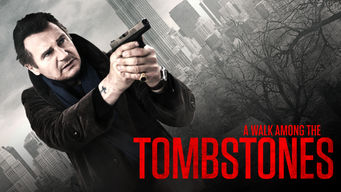 How to watch A Walk Among the Tombstones on Netflix USA!

Unfortunately you can't watch "A Walk Among the Tombstones" in the USA right now without changing your Netflix country.

We'll keep checking Netflix USA for A Walk Among the Tombstones, and this page will be updated with any changes.

A drug kingpin hires troubled ex-cop Matt Scudder to find his wife's killers, a hunt that leads to shocking revelations in New York's underworld. The innocent families of bad men are prey for far more sinister minds. But an ex-cop knows his way around darkness.