How to watch Boruto: Naruto the Movie on Netflix USA!

Unfortunately you can't watch "Boruto: Naruto the Movie" in the USA right now without changing your Netflix country.

We'll keep checking Netflix USA for Boruto: Naruto the Movie, and this page will be updated with any changes.

As the Seventh Hokage of Konoha village, Naruto is now inundated with duties, which puts a strain on his relationship with his son, Boruto 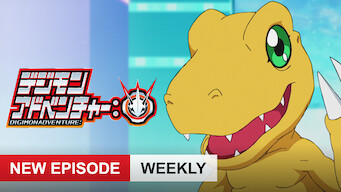 Boruto: Naruto Next Generations
BOFURI: I Don't Want to Get Hurt, so I'll Max Out My Defense.
Digimon Adventure: (Reboot)
100