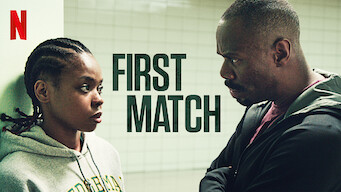 How to watch First Match on Netflix USA!

"First Match" arrived on Netflix USA on March 30 2018, and is still available for streaming for American Netflix users.

We'll keep checking Netflix USA for First Match, and this page will be updated with any changes.

A tenacious high school girl raised in foster homes tries to reconnect with her ex-con father by joining a boys wrestling team. She's tough in more ways than one. And what she'll face on the mat is nothing compared to life outside the gym.