Watch "Voice from the Stone" on Netflix USA 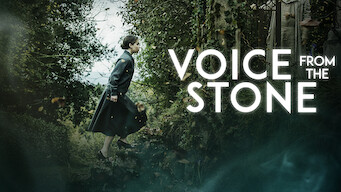 How to watch Voice from the Stone on Netflix USA!

Unfortunately you can't watch "Voice from the Stone" in the USA right now without changing your Netflix country.

We'll keep checking Netflix USA for Voice from the Stone, and this page will be updated with any changes.

While trying to help a little boy get over the trauma of his mother's death, a nurse begins to suspect that mysterious forces are at play. A young man's nurse is determined to bring him back to the land of the living, while a voice calls him to the shadows.

Dream House
Alice in Wonderland
Me Before You
Dark Crimes
Loving
Mark Felt: The Man Who Brought Down the White House
Kingdom of Heaven
The Blue Elephant
32