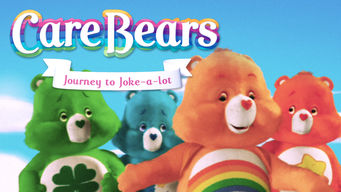 How to watch Care Bears: Journey to Joke-a-Lot on Netflix Argentina!

"Care Bears: Journey to Joke-a-Lot" arrived on Netflix Argentina on October 7 2017, and is still available for streaming for Argentine Netflix users.

We'll keep checking Netflix Argentina for Care Bears: Journey to Joke-a-Lot, and this page will be updated with any changes.

When Funshine Bear takes an excursion to the whimsical land of Joke-a-Lot, he learns a serious lesson: True friendship isn't something to joke about. Funshine Bear is crowned king of Joke-a-lot! But his friends back in Care-a-Lot miss their silly pal. The Angry Birds Movie
The Day My Butt Went Psycho!
23