Every day our system automatically detects new titles added to Netflix in over 30 countries around the world. So far, there have been 0 new movies/shows/seasons/episodes released for Spain today:

Netflix has also released MANY MORE movies and shows around the world, which you can unlock and watch in SPAIN!

The easiest way to keep up is to check this page daily and seem the new titles released for streaming on Spanish Netflix.

Here's a few titles you can't watch in Spain. 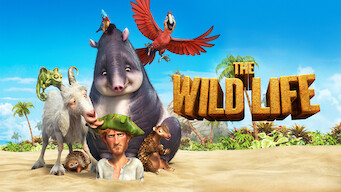 We are adding new titles to this list as soon as they are discovered in Spain. Check back regularly for the most up-to-date list!

The Beauty Queen of Jerusalem

In 1919 Jerusalem, housecleaner Rosa weds a shopkeeper who loves another woman, a choice that impacts her dynamic with eldest daughter Luna for decades.

At the start of the Trump administration, a documentary filmmaker visits the most trafficked migration route on Earth: a road from Guatemala to the US.

In this romantic comedy, several friends, each dealing with unhappy love lives, turn to each other for help — but not always with the best results.

A high school dropout studying to pass his GED exam butts heads with his sassy night school teacher and a vindictive principal.

Anonymous and exploitative, a network of online chat rooms ran rampant with sex crimes. The hunt to take down its operators required guts and tenacity.