Every day our system automatically detects new titles added to Netflix in over 30 countries around the world. So far, there have been 2 new movies/shows/seasons/episodes released for Italy today:

The Gentlemen's League
Menace
Moz and I
Mighty Good: The Beatles

Netflix has also released MANY MORE movies and shows around the world, which you can unlock and watch in ITALY!

The easiest way to keep up is to check this page daily and seem the new titles released for streaming on Italian Netflix.

Here's a few titles you can't watch in Italy. 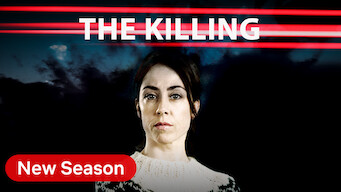 We are adding new titles to this list as soon as they are discovered in Italy. Check back regularly for the most up-to-date list!

Two men violently invade a surgeon's summer home and hold his wife and daughter hostage. Their brutality pushes the doctor to reach a breaking point.

This documentary follows Luis Le Nuit, a DJ and diehard Morrissey fan, exploring his personal evolution and the indie music scene in Barcelona.

The story of The Beatles, one of the most influential bands in pop music history, unfolds in this documentary from celebrated filmmaker Tony Palmer.

To try and sell a suitcase full of drugs, two small-time gangsters plan to meet a buyer at a deserted hair salon — where things soon take a surreal turn.

Secrets of the Tribe

In the 1960s and '70s, a flood of researchers descended on the Amazon Basin to study the Yanomami Indians and the treatment of the indigenous tribe.

The Price of Fairness

Do we make a conscious choice to support systems of inequality such as caste biases in India, or have we just evolved to be selfish? Experts weigh in.

The Strategy of Silence

This documentary chronicles the fight for justice after the Valencia metro derailment, involving a media blackout and silence from the government.

After a bad breakup, a woman visits her hometown for the summer, where she reunites with her mother, her best friend and a man from her past.

Fun and friendly Blippi takes preschoolers along on interactive and educational field trips, keeping them constantly curious about their world.