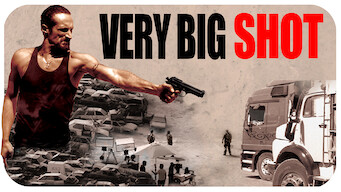 How to watch Very Big Shot on Netflix Argentina!

"Very Big Shot" arrived on Netflix Argentina on October 7 2017, and is still available for streaming for Argentine Netflix users.

We'll keep checking Netflix Argentina for Very Big Shot, and this page will be updated with any changes.

Three drug-smuggling brothers plan to go straight, but their conniving boss, a major shipment, and an ambitious scheme soon complicates their mission. They're brothers, criminals — and now, film producers. With a hefty supply and a menacing boss, can they get it all on reel?