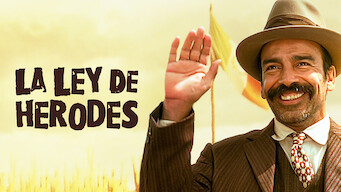 How to watch La ley de Herodes on Netflix Australia!

We'll keep checking Netflix Australia for La ley de Herodes, and this page will be updated with any changes.

Following the brutal 1949 murder of a small Mexican town's mayor, genteel and humble janitor Juan Vargas is appointed his successor. The Perfect Dictatorship
The Crime of Padre Amaro
65