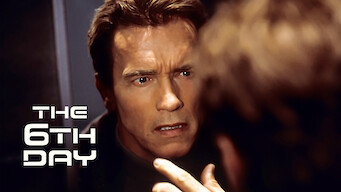 How to watch The 6th Day on Netflix Austria!

Unfortunately you can't watch "The 6th Day" in Austria right now without changing your Netflix country.

We'll keep checking Netflix Austria for The 6th Day, and this page will be updated with any changes.

A helicopter pilot on the hit list of a murderous tycoon escapes alive. But the tycoon has cloned him, and now he must fight to get his identity back.