How to watch The Karate Kid Part II on Netflix Brazil!

We'll keep checking Netflix Brazil for The Karate Kid Part II, and this page will be updated with any changes.

Karate champ Daniel LaRusso and Mr. Miyagi travel to Okinawa, where Miyagi visits his dying father and rekindles his feelings for a former flame. This time, karate's favorite underdog isn't just fighting for a championship ... he's fighting for his life. 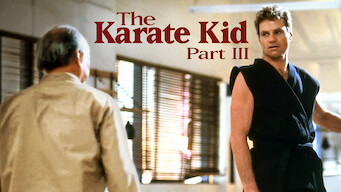