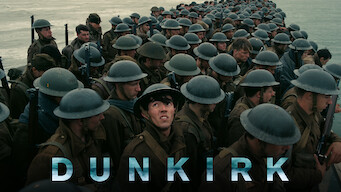 How to watch Dunkirk on Netflix Denmark!

We'll keep checking Netflix Denmark for Dunkirk, and this page will be updated with any changes.

In May 1940, soldiers and civilians struggle by land, sea and air to evacuate the British army and their allies, Europe's last hope, from Dunkirk.