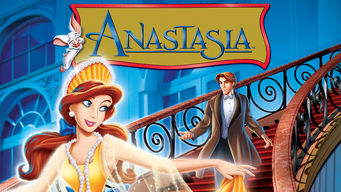 How to watch Anastasia on Netflix Germany!

We'll keep checking Netflix Germany for Anastasia, and this page will be updated with any changes.

Anya grows up in an orphanage and has no idea that's she's really Anastasia, the long-lost daughter of Russia's last czar. Two con men try to pass off a Russian girl as royalty. But the joke's on them -- she's the real deal!