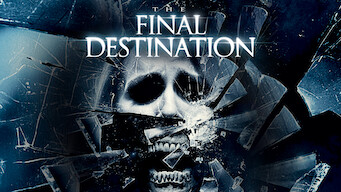 How to watch The Final Destination on Netflix Germany!

Unfortunately you can't watch "The Final Destination" in Germany right now without changing your Netflix country.

We'll keep checking Netflix Germany for The Final Destination, and this page will be updated with any changes.

Nick O'Bannon thinks he's cheated death when he keeps a grisly premonition from becoming reality, but he soon realizes that fate has other plans. Sure, he saved his friends' lives, but that doesn't make him a hero. Death is still just around the corner.