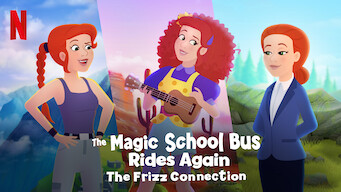 How to watch The Magic School Bus Rides Again The Frizz Connection on Netflix India!

"The Magic School Bus Rides Again The Frizz Connection" arrived on Netflix India on October 20 2020, and is still available for streaming for Indian Netflix users.

We'll keep checking Netflix India for The Magic School Bus Rides Again The Frizz Connection, and this page will be updated with any changes.

Lightning splits the Magic School Bus into three pieces, scattering the class across the globe with different versions of Ms. Frizzle aboard each bus! It's triple the Frizz, triple the fun when lightning strikes and a high-flying hot air balloon adventure goes haywire!