Watch "Enemy at the Gates" on Netflix Ireland 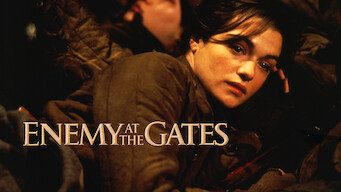 How to watch Enemy at the Gates on Netflix Ireland!

Unfortunately you can't watch "Enemy at the Gates" in Ireland right now without changing your Netflix country.

We'll keep checking Netflix Ireland for Enemy at the Gates, and this page will be updated with any changes.

As a Russian sharpshooter squares off against an elite German sniper during WWII, he finds himself — and his friend — falling for the same woman.