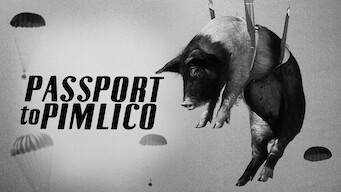 How to watch Passport to Pimlico on Netflix Italy!

Unfortunately you can't watch "Passport to Pimlico" in Italy right now without changing your Netflix country.

We'll keep checking Netflix Italy for Passport to Pimlico, and this page will be updated with any changes.

In postwar London, a close-knit neighborhood secedes from England after the discovery of a document that states the parish is actually part of France. The Angry Birds Movie
Against the Wind
75