Watch "Despite Everything" on Netflix Italy 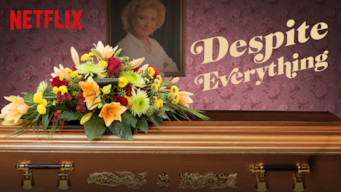 How to watch Despite Everything on Netflix Italy!

"Despite Everything" arrived on Netflix Italy on May 3 2019, and is still available for streaming for Italian Netflix users.

We'll keep checking Netflix Italy for Despite Everything, and this page will be updated with any changes.

After their mother's death, four sisters learn a shocking family secret and embark on an adventure to discover the truth about their genealogy.