Watch "True Memoirs of an International Assassin" on Netflix Mexico 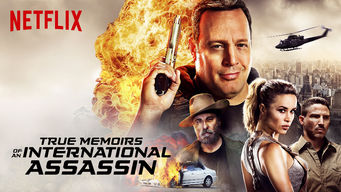 How to watch True Memoirs of an International Assassin on Netflix Mexico!

Unfortunately you can't watch "True Memoirs of an International Assassin" in Mexico right now without changing your Netflix country.

We'll keep checking Netflix Mexico for True Memoirs of an International Assassin, and this page will be updated with any changes. The Missing
It's Always Sunny in Philadelphia
Napoleon Dynamite
The Killing of a Sacred Deer
Power
Grindhouse: Death Proof
Little Fockers
The Space Between Us