How to watch Die Wilden Hühner on Netflix Panama!

We'll keep checking Netflix Panama for Die Wilden Hühner, and this page will be updated with any changes.

Four eclectic friends make up the closest-knit clique in fifth grade. But when the unexpected occurs, they must join forces with a rival club of boys. 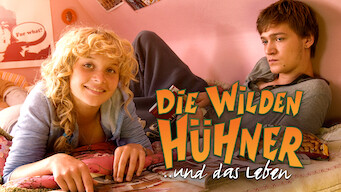