How to watch Rocky IV on Netflix Philippines!

Unfortunately you can't watch "Rocky IV" in the Philippines right now without changing your Netflix country.

We'll keep checking Netflix Philippines for Rocky IV, and this page will be updated with any changes.

Rocky Balboa takes on the Cold War, coming out of retirement to battle a Soviet fighter who pulverized Rocky's friend and former rival, Apollo Creed. He’s not just fighting for himself, his friend, or his country -- he’s fighting for the world. And he won’t be broken. 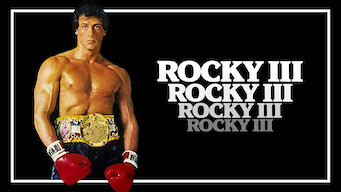