Every day our system automatically detects new titles added to Netflix in over 30 countries around the world. So far, there have been 6 new movies/shows/seasons/episodes released for Portugal today:

Netflix has also released MANY MORE movies and shows around the world, which you can unlock and watch in PORTUGAL!

The easiest way to keep up is to check this page daily and seem the new titles released for streaming on Portuguese Netflix.

Here's a few titles you can't watch in Portugal. 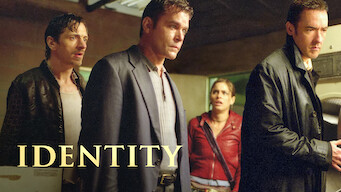 We are adding new titles to this list as soon as they are discovered in Portugal. Check back regularly for the most up-to-date list!

A work opportunity takes a young Italian engineer to Kenya, but the long distance between him and his wife leads him to start questioning her loyalty.

Forced to complete his military service while on tour, an Italian-American singer faces the ultimate test when he falls for his commander’s daughter.

Four of Colombia's funniest and bawdiest comedians perform before a post-quarantine audience hungry for their stories.

Farce meets ironic realism in a stream-of-consciousness romp featuring prominent French actors who play themselves ... or some semblance of themselves.

From fan favorites to fierce villains, queens from seasons past compete for a $100,000 prize and a coveted spot in the Drag Race Hall of Fame.

Reunited in New York after years apart, two best friends must face what they’ve left behind in Spain and how time has shifted their friendship.

Assigned to a special task force, a headstrong prosecutor and a former child psychiatrist grudgingly unite to solve crimes against women and children.

Prisoners of the Lost Universe

Transported to a medieval land with mythical creatures and savage warlords, three people must use their wits and 1980s technology to return home.

Solar System: The Secrets Of The Universe

Take a stellar journey into space and learn about how Earth's neighboring planets and their moons all come together to form our solar system.