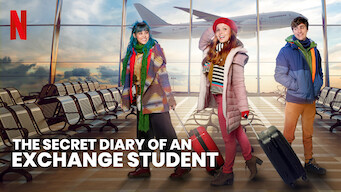 How to watch The Secret Diary of an Exchange Student on Netflix South Africa!

Unfortunately you can't watch "The Secret Diary of an Exchange Student" in South Africa right now without changing your Netflix country.

We'll keep checking Netflix South Africa for The Secret Diary of an Exchange Student, and this page will be updated with any changes.

Looking to shake things up, two best friends embark on a life-changing adventure abroad as exchange students. But can they stay out of trouble?