Watch "Hector and the Search for Happiness" on Netflix South Korea 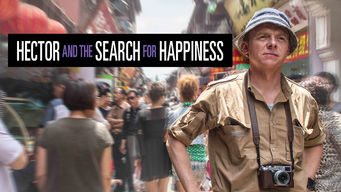 How to watch Hector and the Search for Happiness on Netflix South Korea!

Unfortunately you can't watch "Hector and the Search for Happiness" in South Korea right now without changing your Netflix country.

We'll keep checking Netflix South Korea for Hector and the Search for Happiness, and this page will be updated with any changes.

Unfulfilled by his career as a psychiatrist, Hector leaves everything behind and travels around the world in search of true happiness. An unsatisfied shrink sets out on an adventure that offers him more than a lifetime of peering into people's heads. A Long Way Down
The World's End
Ronin
93