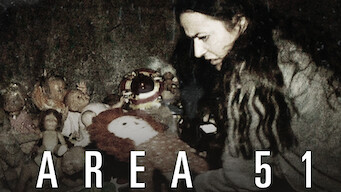 How to watch Area 51 on Netflix Spain!

We'll keep checking Netflix Spain for Area 51, and this page will be updated with any changes.

A group of teens accidentally discovers one of the U.S. government's best-kept secrets: the infamous "Area 51" of Nellis Air Force Base. They ask forbidden questions about a mysterious facility and quickly come to realize they aren't ready for the answers.