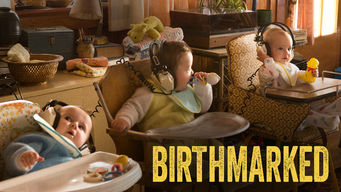 How to watch Birthmarked on Netflix Spain!

"Birthmarked" arrived on Netflix Spain on June 28 2018, and is still available for streaming for Spanish Netflix users.

We'll keep checking Netflix Spain for Birthmarked, and this page will be updated with any changes.

In an attempt to settle the "nature vs. nurture" debate, a scientist couple raises three children to live lives that defy their genetic dispositions. They’re scholars seeking evidence. Their children are the test subjects. But life breeds many confounding variables.