Watch "I Now Pronounce You Chuck and Larry" on Netflix Thailand How to watch I Now Pronounce You Chuck and Larry on Netflix Thailand!

Unfortunately you can't watch "I Now Pronounce You Chuck and Larry" in Thailand right now without changing your Netflix country.

We'll keep checking Netflix Thailand for I Now Pronounce You Chuck and Larry, and this page will be updated with any changes.

To procure his pension benefits, widower Larry asks his best friend Chuck to enter a fake domestic partnership with him until an agent suspects fraud. 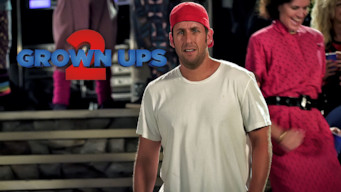 The World's Gold
Halloween
The Road
Airplane!
Secret Window
Equilibrium
The Sting
Masha and the Bear