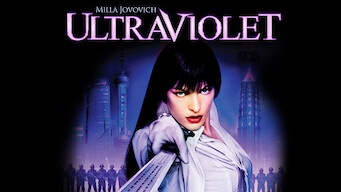 How to watch Ultraviolet on Netflix USA!

Unfortunately you can't watch "Ultraviolet" in the USA right now without changing your Netflix country.

We'll keep checking Netflix USA for Ultraviolet, and this page will be updated with any changes.

A vampire-like disease begins infecting the human population -- giving the afflicted greater intelligence, fantastic stamina and lightning-fast speed. Humans battle super-humans in a violent near-future. One woman knows what it's like to be both. Feel her vengeance.