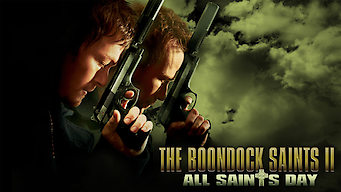 How to watch The Boondock Saints II: All Saints Day on Netflix USA!

"The Boondock Saints II: All Saints Day" arrived on Netflix USA on January 2 2019, and is still available for streaming for American Netflix users.

We'll keep checking Netflix USA for The Boondock Saints II: All Saints Day, and this page will be updated with any changes.

Framed for the murder of a priest, two wanted vigilante brothers must come out of hiding on a sheep farm in Ireland to fight for justice in Boston. Framed. Mistrustful. Ready for vengeance. Two brothers are forced to return to the risky life of violent crime.