Watch "The Expendables 2" on Netflix USA 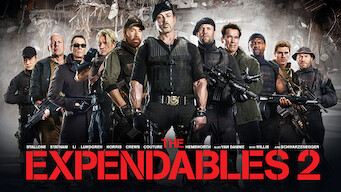 How to watch The Expendables 2 on Netflix USA!

Unfortunately you can't watch "The Expendables 2" in the USA right now without changing your Netflix country.

We'll keep checking Netflix USA for The Expendables 2, and this page will be updated with any changes.

The team reunites for a seamless mission but when a comrade is murdered on the job, payback becomes top priority even in the face of dangerous threats.