How to watch Death Note: Light Up the New World on Netflix USA!

Unfortunately you can't watch "Death Note: Light Up the New World" in the USA right now without changing your Netflix country.

We'll keep checking Netflix USA for Death Note: Light Up the New World, and this page will be updated with any changes.

After Kira's demise, six Death Notes appear in the world. L's protege Ryuzaki struggles to track down the killers, who are aided by three Reapers. With multiple Death Notes and Reapers on the loose, the forces of justice race against time to prevent mass murder. 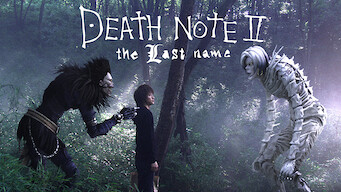